Some days, being a mother is just plain hard. Today was one of those days. 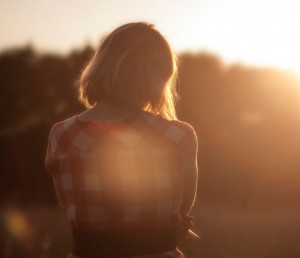 I promised to take my boys to play mini golf. Secretly, I was looking forward to it more than they were! I’d been wanting to try out this place for months and finally the day had arrived but…

My youngest was in a bad mood all morning; he threw a tantrum because there wasn’t enough honey on his cereal, then another because I poured him a cup of tap water instead of fridge water. And so it went on… tormenting his older brother, leaving a mess everywhere he went and refusing to clean it up. You know what I mean.

As I was getting ready to take the boys out, my hubby looked at me sternly and said ‘You’re not seriously considering taking Jack to mini golf are you?’ I looked at him, confused. ‘Because that would be rewarding his bad behaviour.’

The penny dropped… and so did my heart. He was right. Bad behaviour without consequences is just bad parenting.

My hubby had to run an errand, so he took our eldest son with him to play mini golf. And that left me at home, golfless… and with a grumpy 4 year old for company. Oh, the injustice of it all!

‘Why should I have to miss out on the fun? I didn’t do anything wrong!’ my inner child cried out. My 4 year old was crying even louder than my inner child. Incredulous, mortified and devastated at missing out on the treat.

‘Believe me, this hurts me as much as it hurts you, buddy.’ The words sounded so familiar. Ah yes, they were words that I’d heard over and over again throughout my own childhood. My punishment as a child really did hurt my parents as much as it hurt me. It meant they missed out on going to fun places, or enjoying cool experiences so that I could learn valuable life lessons.

Yep, some days, being a mother is plain hard.

I hated it as a kid that we were banned from soft drink on weekdays. And now I’m that mean mother who denies my kids sparkling beverages at dinnertime. Ah, the circle of life… and I’ve come full circle.

Sometimes being a good mother, means being a ‘tough mother.’ It means you have to miss out on cool stuff sometimes but it’s worth it!

Meanwhile, the rodeo is coming to town this weekend. Please, for the love of God, behave kids! Mama really wants to go!